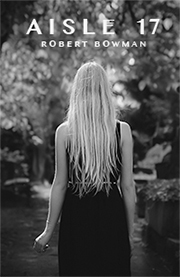 Description: All Maxfield superstores have sixteen marked aisles. Never seventeen. And at no point should an aisle be barren of product. When fifteen-year-old Mary Gasseling finds aisle 17 empty, she’s surprised. For one, her father, who manages the store, would never allow this to happen and two, the aisle seems to have suddenly appeared out of nowhere. Mary soon realizes that the aisle is anything but normal.

Struggling with her mother’s sudden death two years ago, Mary avoids being home alone by visiting her mother’s grave after school before going to her father’s store to help. The old caretaker, Horace, even sets out a folding chair she’s such a frequent visitor. Little does Mary know the connection between the mysterious aisle and the cemetery she frequents will put her, and the ones she loves, in great danger.

But will she have the strength to survive? 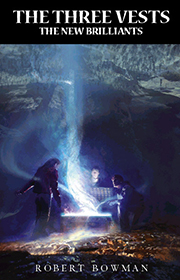 Description:The first book of the ever popular series...

What would happen if you found a Chest in a remote cave? Would you open it? And if you did, are you prepared for your world to change?

For Samantha, Juan, and George, opening a Chest of Light radically changes their lives. Bestowed with uncontrollable powers, they must learn quickly how to use them if they are to survive what's coming.

There are Dark Vests; those who wish to destroy all those who stand for justice . . . the Brilliants. But can they learn fast enough before the Dark Vests take control and it's too late? WHAT POWER DO YOU WANT? 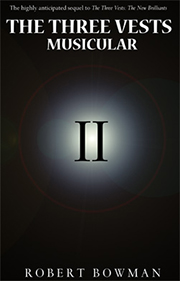 Description:It's been one year since Samantha, Juan, and George discovered their Gifts of Knowledge, Invisibility, and Flight in Boulder Cave. Just one year ago their courage was tested and the Dark Vests defeated.

But now everything they know, everything the believe, comes into question. What are these powers? How are the Gifts to be used? Who really are the Brilliants? And more importantly, who is the one referred to as Musicular? The time has come for the three Vests to learn about the world they were destined to enter. A world of beauty, light, and power, but can they learn fast enough?

The Dark Vests are mounting an attack. A Musicular has been discovered, the Laxinti are being captured, and Xylo is preparing a bridge that will cripple the Brilliants if he's not stopped. THE ADVENTURE CONTINUES 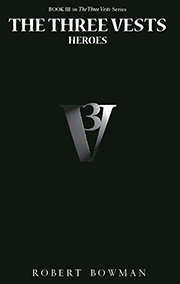 Description:The attack came without warning. The Brilliants couldn't have anticipated such a move from Xylo, and now what they have cherished for so long has been destroyed.

Most of the Laxinti are gone. The Weavers, missing. What was once a bright and living world has been stripped away by the Dark Vests. But there's still hope . . . a light within the darkness.

The Rod of Recall can change the course of time, but fining and surviving the Dark Triangle will not be easy. Guarding the evil lair are Knights, the likes of which Samantha and her friends have never seen. If they manage to get through the icy warriors, only a Musicular will be able to face the Rain of Fatigue and what lies beyond.

If ever the Brilliants needed heroes, it's now.

Description:For student, Hannah Green, life was simple. She went to school, did her homework, hung out with her friends . . . but then she discovered THE LETTER in her locker. It was unlike any she'd ever seen. She tore it open and read the message:

She panicked and looked around. Who was watching her? She stared into the crowded hallway. No one looked suspicious. She glanced down at the letter again, and changing before her eyes, the message suddenly read:

YOU CAN'T SEE US, BUT YOU'VE BEEN CHOSEN

What Hannah doesn't know is that she's been recruited to become part of a secret that has lasted thousands of years. She is to become a member of the North Pole Santa Patrol. Her skills are needed if the Patrol is going to stop the forces of Unbelief who threaten to taken away what we all value during Christmas.

Taking one last look at the letter, Hannah gasps:

BE ON YOUR ROOF AT MIDNIGHT FOR PICK UP. 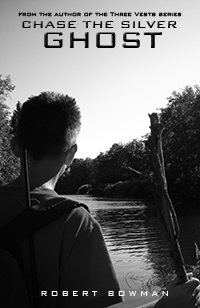 Description:Gary Hope is fifteen-years-old. He desperately wants to understand the circumstances surrounding his parent's tragic deaths. He doesn't know why the FBI is so interested in the explosion that took their lives. A gas line was the supposed cause . . . or was it? After the funeral, Gary is forced to live with an obscure uncle he never knew he had in a remote section of Olympic National Park in Washington.

Gary is angry and confused, and he thinks his uncle is insane within the first few minutes of meeting him. This belief is strengthened a few nights later when his uncle whispers mysteriously, "Have you ever chased the Silver Ghost?" A question that will haunt and change Gary's life forever. Surrounding his parent's deaths is another unanswered piece to a complex puzzle: Amy, the sixteen-year-old girl that befriended Gary at the beach and who ultimately watched the explosion. Though Gary searched everywhere afterward, Amy had vanished. Even the FBI Agent had no record of any girl staying in the area by that name, age or description.

Gary couldn't have anticipated what chasing the Silver Ghost would entail: The first being his training, which turns out to be thirty days alone in the remote wilderness. It is here Gary begins his change from angry and confused teenager, to one of resilience and survival. But what is this training ultimately for? Will the training be enough for him to survive the hidden truth about the Silver Ghost and the danger that's closing in?